Wellington to Mokau via Mt Taranaki

We arrived in Wellington very late so just found anywhere we could to park up for the night. We parked in the city centre which meant we could get up and wander into the city for coffee in the morning.

We walked around the gardens which were a bit underwhelming to be honest but the city had a nice feel to it, lots of cafes and restaurants. We walked near the wharf and had beer watching some rowing. 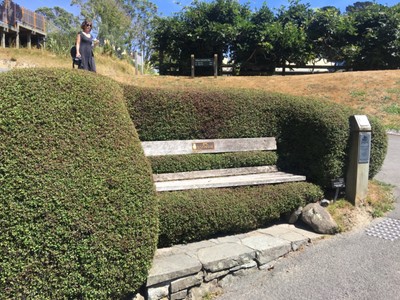 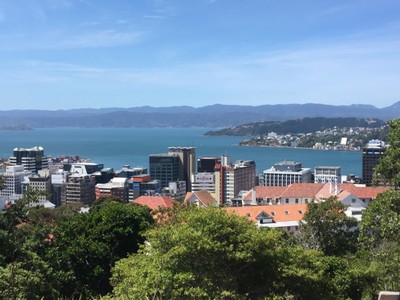 We then drove to a high point which had a great view over the city. 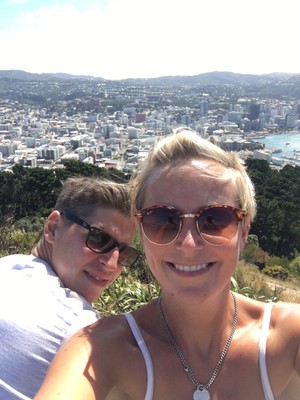 We went for dinner at Logan brown which is a restaurant that one of the chefs we watched at the Marlborough food festival owns. It was really good! 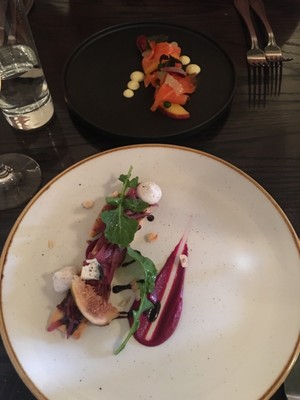 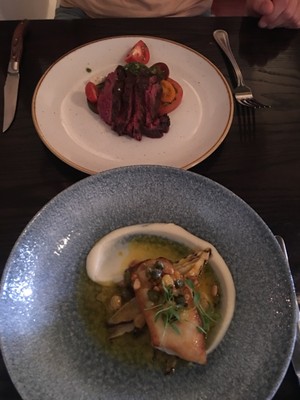 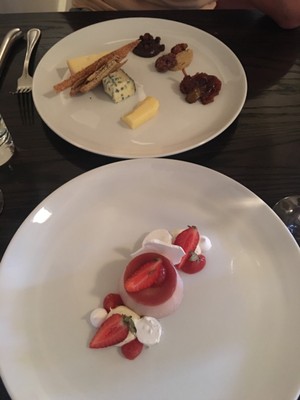 We only had a few days to get to Auckland to meet our friend so the next few days were bigger drives but we tried to stop in places we wanted to see. We decided to drive via Mt Taranaki which is a big volcano.

On the way we stopped at lake but I can’t remember the name, it close to the main highway but a lovely place to hang out for a few hours. 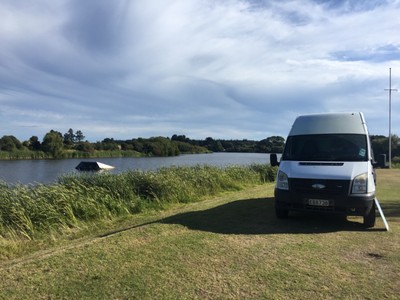 Mt Taranaki was pretty impressive to see but the weather wasn’t great the so we decided not to do any of the walks. We camped on a cliff that night and had a beautiful sunset. 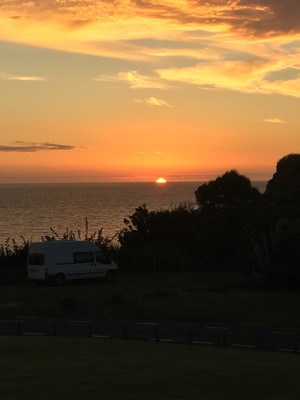 The next day we drove to Lake Rotokare based on a recommendation from a parking officer, she was going to give us a parking ticket but told us a good place to go instead! It’s a lake that is surrounded with a fence to keep all pests out. Volunteers run it and there are kiwis there but we didn’t see any. We walked all the way round the lake.

We continued up the west coast of the north island and stopped on the coast for the night at a rugby ground near the mouth of a river going into the sea. The sand was black and so fine, I’ve never seen sand like it but I forgot to take a photo!We fished in the river mouth but didn’t catch anything!

Previous Next Table of contents

This blog requires you to be a logged in member of Travellerspoint to place comments.

If you aren't a member of Travellerspoint yet, you can join for free.